Intempo Benidorm is that great big Golden structure that has been the speculation of many rumours over the years.

The plan of the Intempo building was formally introduced on 19th January 2006 and work started back in 2007.

Initially scheduled for completion in 2009, work was considerably hampered by the financial meltdown of 2008 which severely affected the property industry in Spain.

The construction is made up of 2 parallel blocks separated by a gap of around 20 metres and joined with a cone-shaped arrangement between flooring 38 and 44.

It's among those very few sky-scrapers in the world that has the form of the arch.

Is the Benidorm Intempo a Hotel or Apartments?

At the time of writing you can now buy an apartment in the Intempo Residential Sky Resort Benidorm.

With so many setbacks it looks that the owners want to start filling the property up and then at some point a part of the Intempo Building may be used as a Benidorm hotel.

This is good news for Benidorm as having such an iconic and large building sitting empty was doing nothing for the local economy. 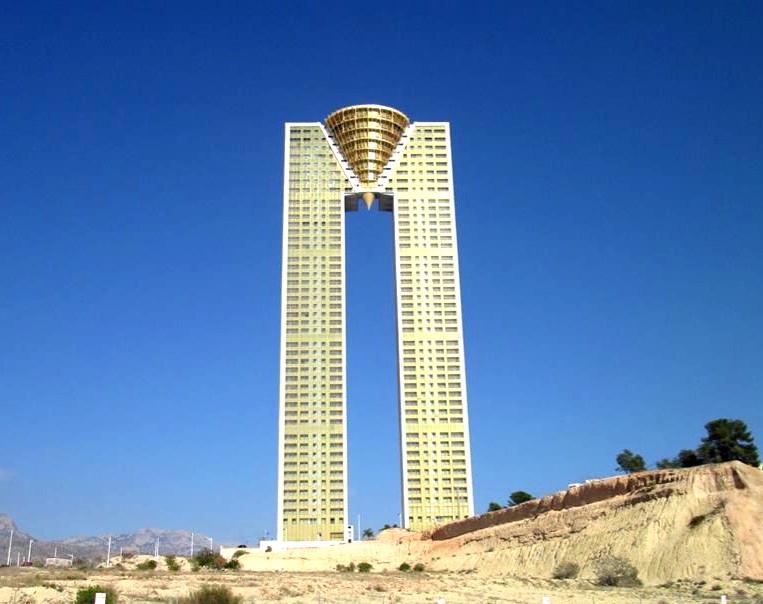 While rumours that the Intempo Benidorm didn't have elevators are untrue.

One of the many rumours about the Intempo building in Benidorm which many believe is true to this day.

One accident that can be checked by public records is actually about one of the elevators failing and the contractors need medical help.

This is where the planning of the Intempo went very wrong.

There was no way for the ambulances to get to the building and had to park a long way away resulting in delayed rescue and first aid.

Although work seems to have stopped completely on the Intempo Benidorm building, there is plenty going on behind the scenes to try and sell apartments.

Russian, Chinese and South American investors have all been linked to the building.

The main use of the building has always been a mirror effect of the Hilton in Manchester, hotel at the bottom and residential towards the top.

What are your thoughts on the Benidorm Intempo Building?

Let us know in the comments section below! 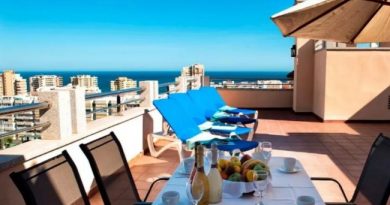 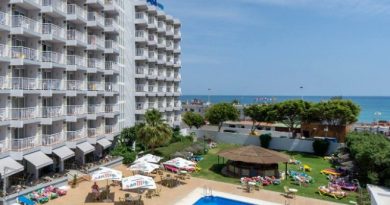 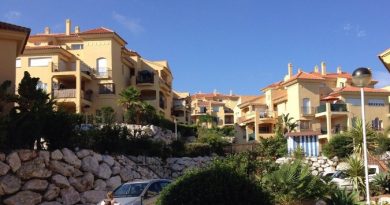